The Hunt For The Mountain man! eBook #24 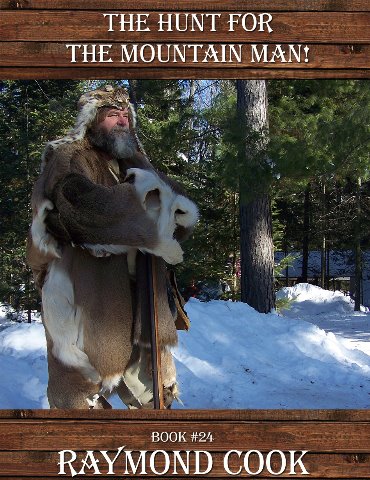 The Hunt For The Mountain Man! Â© 2016 by Raymond Cook. In the fall of 1899, facing starvation, 400 Shoshone, Sioux and Paiute Indians attacked the town of Marble, Colorado and nearby ranches. They sought to drive out the settlers and take back their lands. When the battle was over, the town burned for days and hundreds of men, women and children were killed.
When news of the attack got back to Fort Collins that the Indians had also killed 240 soldiers, 80 railroad workers, Colonel Brooks notified Washington. Governor Charles S. Thomas also requested immediate help from President William McKinley. President McKinley decided that with it being almost winter that nothing could be done until spring. Settlers were evacuated to nearby towns.
President McKinley ordered Colonel Brooks to relocate his soldiers to Marble and establish a 400 man permanent fort there come spring. After the fort is built, settlers and businesses slowly return to Marble. Governor Charles S. Thomas and other dignitaries travel by train to Marble on September 1st, 1900 to commemorate the opening of the fort and railroad station linking Redstone to Marble. Providing protection for the governor and other dignitaries were four U. S. deputy marshals.
But four mountain men hiding in the distance plan to kill the governor. A fur trapper named, â€˜Wolf Killerâ€™ would fire the fatal shot. The men were concealed near an alley within view of the train platform. As Wolf Killer fired what he thought would be a head shot to the governor, deputy marshal David Colby inadvertently moved. The bullet meant for the governor, killed David instead. As everyone lay down on the platform all hell broke loose.
This is my 24th of 24 western frontier eBooks I have written since 2011.