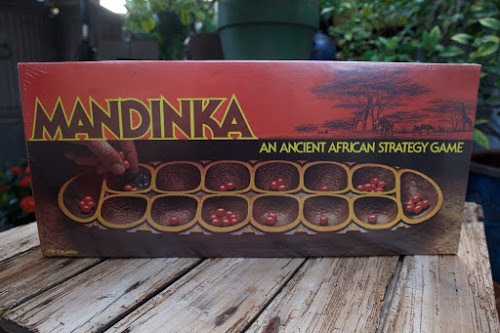 Mancala is a generic name for a family of two-player turn-based strategy board games played with small stones, beans, or seeds and rows of holes or pits in the earth, a board or other playing surface. The objective is usually to capture all or some set of the opponent's pieces.
According to some historians, Mancala may have originated with the dawn of civilization. There is limited evidence that the game was played 5,000 years ago in ancient Sumeria (modern day Iraq). While the people of Sumeria had the mathematical knowledge to create such a game, however, it's more likely that the game is slightly more recent.

Nobody knows the exact number of mancala variants. More than 800 names of traditional mancala games are known, which are played in 99 countries, and almost 200 invented games have been described. However, some names denote the same game, while some names are used for more than one game.
For more details visit: https://www.mancalagames.net